Everybody knows that the new design and additional features are only introduced in the iPhone once every two years. Since 2016 marks the even year in which such introductions are to be made in the new iPhone, it certainly is exciting to know more about what can be expected. If you happen to be one such individual who are looking for such information, then you have landed on the right page. The below mentioned iPhone 7 news and rumors are going to help a great deal in this regard. 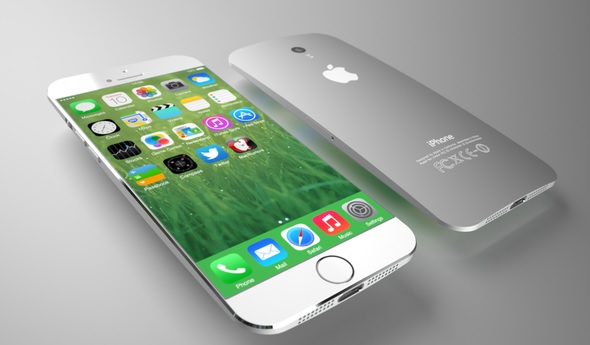 As per the rumors, the new apple iPhone 7 is going to be reasonably thinner than the previous versions. In an attempt to make it thinner than the Galaxy S6, Apple may bring the iPhone 7 to an astonishing 6-6.5mm thick only. With the processing chips being made supposedly by TSMC, a reasonable amount of space will be saved in order to disable the battery from getting hit due to the thinner design. It has also been rumored that Apple iPhone 7 is not only going to have a metal design but a bezel-less display as well.

The entire device is going to be ruggedized in order to make it water as well as dust resistant. With an all new Pixel Eyes technology that is currently going through its phase two trials in Japan, Apple is going to make it all convenient for the users to use their phone while having their fingers completely wet. Since such an issue has been persisting in the water-proof smartphones which are already available in the market, such as the Sony Xperia Z-line, Apple aims at dealing with it once and for all. Another major tweak that is being rumored to be made in the Apple iPhone 7 is the removal of camera bump as well as the antenna bands. This will enable the smartphone manufacturer to give a more sleek, uninterrupted, and finished look to its device.

It may please you to know that iPhone 7 is supposedly going to bring major changes in terms of the screen. With an all new glass on glass screen, it is rumored that Apple is planning to move to a QHD or perhaps a 4K display. With an increase in the pixel size, it can also be believed that the new Apple smartphone is going to have a larger screen. With the later version of iPhone 7, the iPhone 7S, Apple is supposedly going to take up the OLED panels instead of the usual LCD panel that it utilizes. Last but not the least, it has also been rumored that Apple iPhone 7 may as well come up with a curved OLED screen but nothing can be said with certainty until it finally arrives in the market. As per the reports, Apple has utilized some kind of a new patent technology that makes the screen stronger to smash. The bumper coming out of the edge of the screen will disable it from getting smashed if the phone is dropped on the floor. 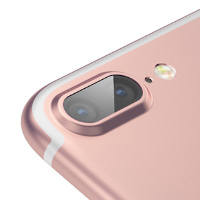 Finally, while the camera may not see an upgrade in terms of the megapixels, the performance improvements and upgrades may be introduced. With a bigger lens or perhaps even a dual lens at the back of the phone, Apple is perhaps aiming to set its phone apart in the battlefield of clicking the perfect pictures. Since battery life turned out to be the worst failure of Apple with its iPhone 6S, it can almost be taken for granted that the manufacturer is going to make the major tweaks in terms of battery in order to disable the users from having to experience such a nightmare ever again.

It won’t be wrong to conclude that all we have are rumors about an all new iPhone 7 and nothing can be taken for granted until the device finally hits the market in September. Rest assured though, a number of improvements and upgrades are on the way.