The year 2016 has a lot of exciting addition in the world of smartphones to offer. While the Samsung Galaxy S7 edge has already been introduced and highly appreciated by the users from all over the world, an all-new Galaxy Note 7 is about to hit the market in the upcoming months. When it comes to purchasing a high-end Samsung smartphone, the Galaxy S7 and the Note 7 certainly are two of the most prominent options at your disposal. So let’s take a closer look at how the two monsters of Android world compete against each other in order to let you make an informed decision.

While the Galaxy S7 edge and Note 7 both have similar curved screens, there are a few minor differences between the two. For instance, the Note 7 has a 5.7-inch curved panel while the S7 edge offers a 5.5-inch curved panel. The difference in the screen size offers 534 ppi on the S7 edge but a slightly lower 518 ppi on the Note 7 despite the exactly same resolution on both the phones. On the other hand, an all-new Note 7 introduces a Super AMOLED display with Gorilla Glass 5 while the S7 edge still makes use of the Super AMOLED display with Gorilla Glass 4. The Note 7 further adds the handwriting support and a reduction in the pronunciation of the curved edges in order to avoid accidental touch inputs. 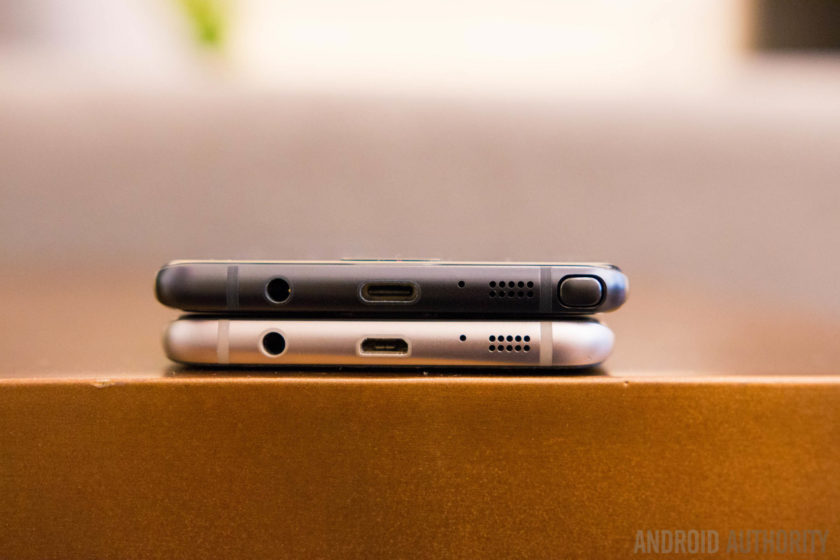 There is no argument over the fact that you won’t be able to decide on which phone to opt for on the basis of their performance. Both of these high-end devices by Samsung are head on in terms of performance. The performance stats of both the models and their variations are given below:

As evident, both the devices are leading in terms of performance in the world of smartphones. An all new Exynos with greater power and efficiency is certainly not going to disappoint you in any way.

Since the Note 7 has finally introduced the curved edges, the edge functionality can now be used on the Note 7 which was perhaps a major shortcoming in the previous members of the Note series. While the edge functionality on the Galaxy S7 edge and the Note 7 is exactly identical, an evident advantage that Note 7 has to offer is the compatibility with the S Pen stylus. Not only does it make it easier for you to take notes, but it does also offer a range of S Pen stylus compatible features which include quick translations, making memos, creating gifs etc. With a pressure sensitivity of 4096 levels, the S Pen on the Note 7 is more accurate than ever before.

Taking the above-mentioned information into consideration, it is only fair to conclude that the Galaxy S7 edge, as well as the Note 7, are a commendable option if you are looking for a high-end Samsung smartphone. You are not going to be disappointed in choosing either one of them. If you are a casual user, an S7 edge is perhaps going to be a better option, but if you would rather like the S-Pen functionality, the Note 7 will be the evident winner.